The Huntington Bank Pavilion at Northerly Island (formerly known as FirstMerit Bank Pavilion) is an amphitheatre uniquely located on the man-made Peninsula of Northerly Island, Chicago, Illinois. The views from the venue are up there with the best, with Lake Michigan, Burnham Harbor, Soldier Field and the Chicago Skyline. These impressive views are joined by the summer sunsets and coastal wildlife.

The venue is a fairly new establishment opening its doors in 2005 with an initial concert by Earth, Wind & fire. The theatre initially comprised of three stands allowing a seating capacity of 3,666 seats with an admission area of 4,500 seats. In 2010 the venue organizers sought for an expansion. In 2013 the expansion was granted, increasing the seating capacity to 14,000 thousand. Including the introduction to a lawn area which doubles up as a park, with a slope to allow better viewing angles. This lawn area can accommodate 22,000. Another addition is the enhanced audio systems, outputting booming sounds from the centre stage to the crowds of onlookers. 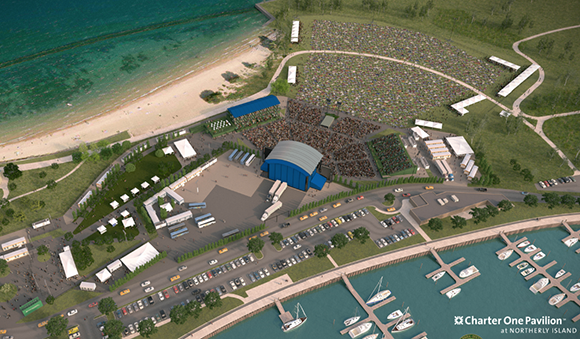 The upgraded venue was opened on in June 2013 by by Jimmy Buffett and the Coral Reefer Band. Since 2005 some there have been exciting performances, such as rock band Incubus, O.A.R. – Rain or Shine and traveling acoustic artist Jason Mraz. 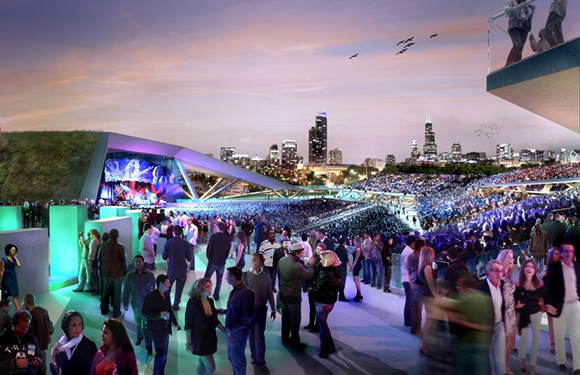