Part of what makes a Lindsey Stirling show so special is that no-one ever knows quite what to expect from the performer… An expert dancer who controls and contorts her body to the rhythm as if it comes as naturally as breathing, she is also a virtuoso violinist, and manages to combine her multiple talents to create something utterly mesmerizing! Stirling comes to Huntington Bank Pavilion at Northerly Island on Monday 10th August 2020 on the Artemis Tour and will be pulling out all the stops to bring something truly spectacular to the stage! 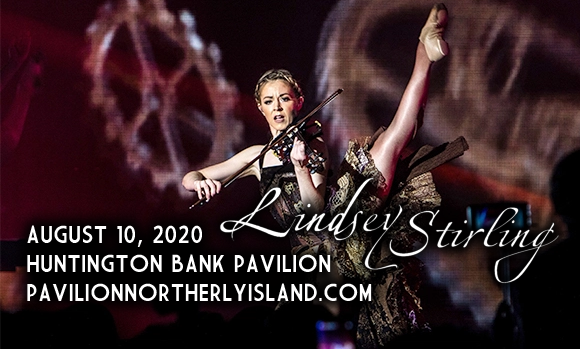 Lindsey Stirling is an artist of many talents with a creative vision that can bring together seemingly disparate elements to become something truly visionary. A singer, violinist, dancer, composer and more, she has integrated each of her skills to forge a career for herself as one of classical crossover's leading artists and most interesting acts. A quarter-finalist of America's Got Talent's 10th season, she grew her audience via YouTube videos on her channel which now has over 12 million subscribers. Stirling's music incorporates elements of classical music, hip hop, pop, and dubstep, and has an almost feel that connects with the soul. Of the five albums she has released, several have hit number one across multiple Billboard charts, with many of them landing in the top five of the Billboard 200. Her latest album is Artemis, which was released in 2019.