Genre-defying, Grammy Award-winning artist Jon Bellion comes to Huntington Bank Pavilion at Northerly Island on Saturday 27th July 2019! Taking to the stage as part of his Glory Sound Prep Tour, Bellion will be performing tracks from his groundbreaking new album of the same name, enthralling fans with his introspective and effortlessly cool tunes! Fingers crossed he may even incorporate some of his legendary animations, or surprise fans with special guest appearances… 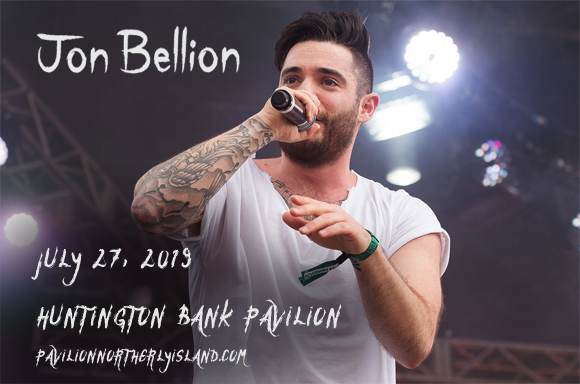 Bursting onto the scene in 2011 with his self-released debut mixtape, Scattered Thoughts Vol. 1, Jon Bellion is an American rapper, singer, songwriter and record producer. In 2012, Bellion signed to Visionary Music Group, and that year co-wrote and produced the hit song "Trumpets" by Jason Derulo. That year, he also co-wrote "The Monster" by Eminem featuring Rihanna, which won the 2015 Grammy Award for Best Rap/Sung Collaboration. After releasing several mixtapes, Bellion's debut studio album, The Human Condition, was released in 2016. The album debuted at number five on the US Billboard 200 and launching the single "All Time Low", which reached number 16 on the US Billboard Hot 100 and was certified double-platinum in the US and Australia. Bellion released Glory Sound Prep, his sophomore studio album, in 2018.