Florence and The Machine Tickets

Mesmerizing, passionate and lead by one of the biggest voices in the business, Florence and The Machine comes to Huntington Bank Pavilion at Northerly Island on Thursday 23rd May 2019! The British indie band is touring last year's smash hit album, High As Hope, bringing their soaring, anthemic songs to the stage! Don't miss your chance to see this captivating live act! 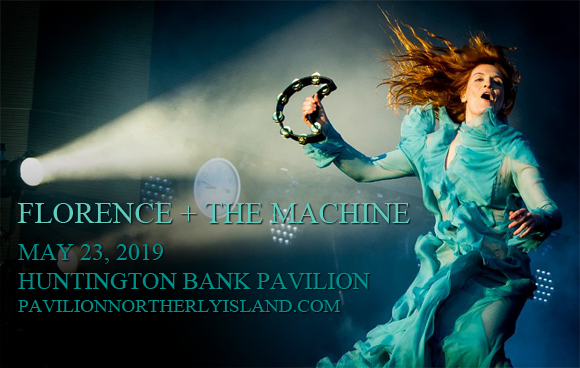 From simple beginnings as a collaboration between vocalist Florence Welch and keyboardist Isabella Summers, English rock band Florence and the Machine is now a chart-topping global sensation. Formed in the mid-2000s, the duo soon became a larger band, releasing its debut album Lungs in 2009 to critical and commercial success, holding the number two position on the UK Albums Chart for its first five weeks before eventually reaching the top spot. The album was one of the best-selling albums of both 2009 and 2010 in the United Kingdom, having charted in the top forty for sixty-five consecutive weeks. The band's follow-up albums, Ceremonials (2011), How Big, How Blue, How Beautiful (2015) and High As Hope (2018), have continued their success, reaching the top ten in several countries around the world.