This summer, why not come to a show that will make you feel amazing? Eclectic, upbeat indie-pop artists AJR and Quinn XCII are joining forces for the Everything, Everywhere Tour, which comes to Huntington Bank Pavilion at Northerly Island on Saturday 8th August 2020! The sibling trio and genre-bending singer/songwriter/rapper are each delivering some brand new material, so fans get to dance it out to some never-before-heard tunes that will surely be the soundtrack to the season! Joining them will be irreverent wordsmith and singer Hobo Johnson with his band The Lovemakers! 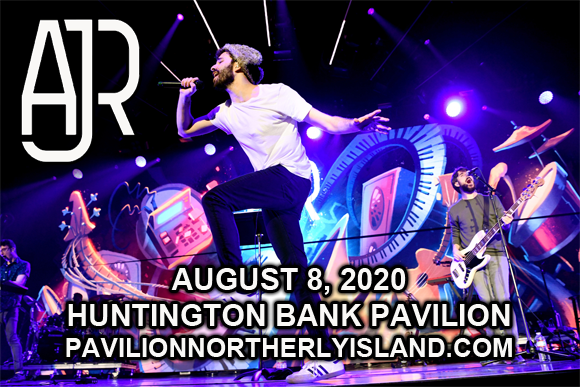 AJR is an indie-pop band that was formed in 2005 by brothers Adam, Jack, and Ryan Met. The three siblings started out busking together, and then began recording, producing and mixing cover songs in a makeshift studio in their New York City living room, having used the money they made from performing in the street to buy themselves instruments and create a home set-up. All three brothers are multi-instrumentalists, and over the years they began writing original material as a group. In 2012, they sent copies of their track "I'm Ready" to a list of established artists, including Australian singer-songwriter Sia, who put them in touch with former Columbia president Steve Greenberg. Greenberg became their manager, and the band went on to sign a record deal with Warner Music Group in 2013. In 2015, their debut album, Living Room, was released. The following year, the band released the single "Weak," which became a platinum-selling hit and reached number 8 on the U.S. Billboard Dance Club chart. It was the lead single from their 2017 album The Click, which also launched the single "Drama," and contained the track "Sober Up" featuring Weezer frontman Rivers Cuomo. Debuting at number eight on the Billboard 200, and reaching number one on both the Independent Albums and Top Rock Albums charts, the band released their third studio album, Neotheater, in 2019.