Are you ready to jump around!? Three-time International Dance Music Award winners and three-time State of Trance winners, all the way from London, England, Above & Beyond are coming to Huntington Bank Pavilion at Northerly Island on Saturday, September 18th 2021. This is the forefront of international dance music, what you hear tonight you will not get anywhere else on the planet, the best EDM just for you lucky few, grab some tickets now, these will sell fast and these will sell out completely! 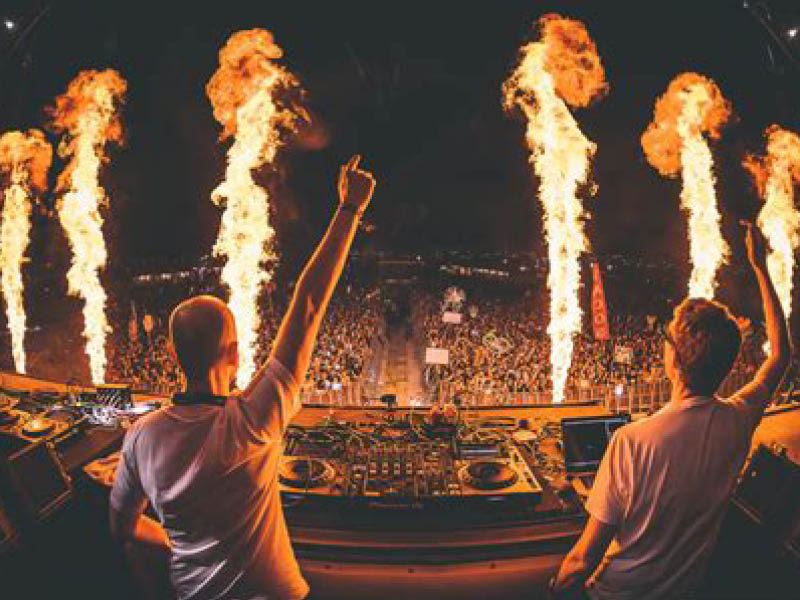 Above & Beyond, are Jono Grant, Tony McGuinness and Paavo Siljamäki. They have four acclaimed studio albums, 14 compilation albums, two ‘acoustic’ albums and a stand-alone album for yoga and meditation, not to mention innumerable club cuts and dance remixes, earning two Grammy nominations for anthems “Northern Soul” feat. Richard Bedford and “We're All We Need” feat. Zoë Johnston. In 2018, the band’s fourth electronic album, Common Ground, debuted at number three on the Official Billboard Album Chart The trio has been consistently ranked among DJ Magazine's Top 100 DJs Poll, having placed at No. 6 in 2007, No. 4 in 2008 & 2009, No. 5 in 2010 & 2011, No. 51 in 2018, No. 22 in 2019 and most recently No. 19 in 2020.
“Above & Beyond does not create what you would think to be as just "electronic music", the group took their talents and their intelligence with instruments, singing, and their interests in electronic music to form something that really is Above & Beyond. The lyrics and melodies formed in a song promote one thing more than anything, love, pure love, the kind of love that stays with you over time. The group has the upmost capability, through what they do best, to completely transform one's outlook on life and the things around them.”