Coming out of their hive is alt-rock-reggae band 311 are now hopping on the concert tour bus and driving across major cities and states for their 'Live From The Ride Tour. 311 have never stopped bringing live music to their fans despite the lockdown through their pandemic livestream series 'Live From The Hive'. Thus, 311's fans can also now step out and troop to the Huntington Bank Pavilion at Northerly Island on Friday 10th September 2021, as 311 is concert bound in that neck of the woods. No need to leave your seat to save seats for the show. Score tickets by just clicking on that 'Get Tickets' link on this page. Hurry and get your tickets now! 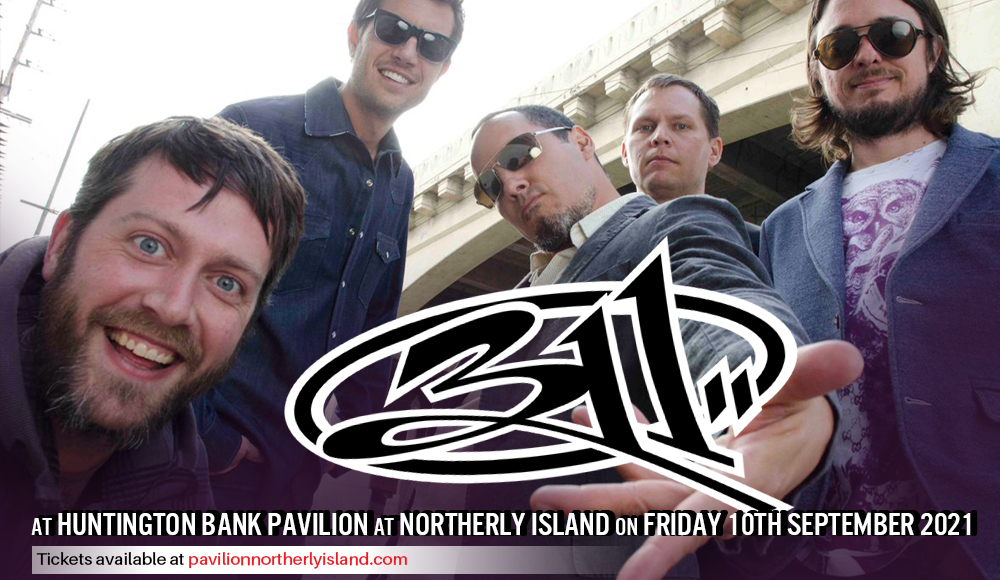 Be it lockdown or not, fans have consistently enjoyed live music from the 311as the band held their pandemic livestream series 'Live From The Hive'. That is the kind of professionalism, passion, and music artistry that 311 holds to this day, the dedication to their craft that buoyed their success–marking their 30 years in the music biz.

Three decades of music truly calls for a celebration! 311 are giving their fans a well-deserved treat with a bonafide live concert tour dubbed as 'Live From The Ride Tour.

“We’re thrilled to get back on the road and feel that live-show energy that both the band and our fans have been craving,” 311 guitarist Nick Hexum said in a statement. “The live streams have been great, but nothing compares to having our fans there in person rocking out with us. We know it’s going to feel electric when we take the stage each night and see everyone celebrating the live experience!”

311 has sold over 8.5 million records in the United States alone. They have a vibrant discography that includes thirteen studio albums, two live albums, four compilation albums, four EPs and four DVDs. 311's most distinguished singles include "Amber", "Down" and "All Mixed Up", plus a cover of The Cure's "Love Song," which was featured as the soundtrack theme from the Adam Sandler blockbuster movie '50 First Dates'.

From hive to live. Check out the 311 at Huntington Bank Pavilion at Northerly Island on Friday 10th September 2021. Book your tickets now.