Deftones are back with a brand new album and they're bringing their first US tour in three years to Huntington Bank Pavilion at Northerly Island on Friday 27th May 2022 (Rescheduled from Tuesday 17th August 2021)! This will be the alt-metallers first new release since 2016's Gore, and the band has said that their new material harks back to their White Pony days, which is exciting news for fans! They'll be joined for the stint by French heavy metal band Gojira, who are also bringing fans some brand new material, and electro-metal singer Poppy, whose newest album, I Disagree, reveals a heavier side to her music and will make the perfect addition to the tour! 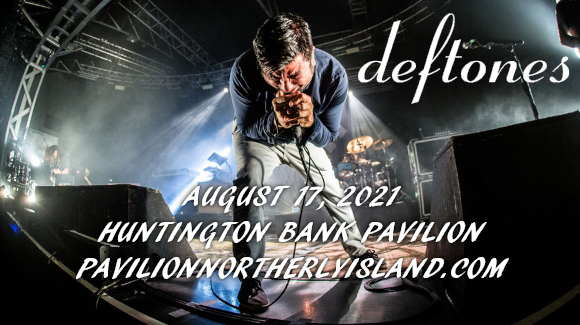 An impressionistic take on lyrics and a flair for the sonically experimental set Deftones apart from their peers in the metal scene, earning them the nickname of "The Radiohead of Metal". The band began in 1988 in Sacramento, California, but it wasn't until 1993 when their line-up settled that they began to gain a following. Adrenaline, the group's studio album, was released in 1995 and they toured non-stop to promote it, keeping up a punishing schedule. Their dedication paid off, and the album eventually sold over 220,000 copies. By this time, the band had built a significant buzz around themselves and their next release – 1999's Around the Fur – was a hit, launching two successful singles: "My Own Summer (Shove It)" and "Be Quiet and Drive (Far Away)". White Pony arrived in 2000 and was an even bigger hit, reaching number 3 on the Billboard Alternative Songs chart and winning the band a Grammy Award for Best Metal Performance for the song "Elite." Deftones has released eight studio albums to date, with five of them charting in the top five of the Billboard 200.